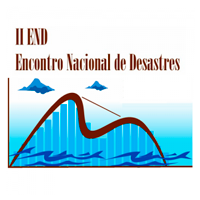 In engineering, the risk is explained as the probability of a disaster. Understanding the components of risk is a starting point for developing better management, and damage mitigation policies. Damage can be perceived as a priority. Damage studies combine the occurrence probability of an event and its magnitude, generating a risk curve (probability-damage curve). This paper focuses on hydrological modelling as a part of a probability-damage curve development.