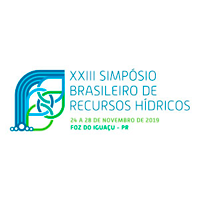 ACCOUNTING FOR LANDSCAPE HETEROGENEITY IN HYDROLOGICAL MODELS: A REVIEW

Accounting for landscape heterogeneity in hydrological models is not recent. Freeze and Harlan (1969) made an approach to address this issue, based on what was best known about physical process in partial differential equations used to describe water movement. That approach was adopted by several hydrological models, so called physically distributed models. Although applications have been constrained by computational power, nowadays there have been considerable efforts in using the Freeze and Harlam approach at large-scale problems, albeit at ever increasing complexity and computational demand and, mostly, scale problems in measured and estimated parameters, without necessarily improving predictions. A less demanding alternative to address landscape heterogeneity is by classifying landscape features by hydrological similarity, i.e. units that respond similarly to model inputs. Each unit having its own set of parameters and/or structure. The principle of landscape coevolution sheds light on the possibility of using observable landscape features, such as topography and vegetation, to address hydrological similarity. It can provide valuable insights in hydrological understanding, prediction in ungauged basins and in a changing environment.