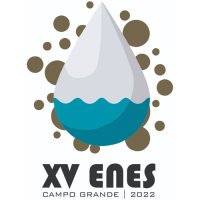 Soil erosion, or soil loss (SL), is a natural process that can be influenced by human activities. Thus, to understand the temporal and spatial dynamics of erosion, the sediment generation and transport models are essential. Aiming an estimation of SL, the RUSLE (Revised Universal Soil Loss Equation) is one of the most used equations. On the other hand, the connectivity concept has been presented as a key element for understanding sediment dynamics. Lateral connectivity, for example, describes the efficiency of material transfer between landscape components, such as slopes and rivers. Thus, in the present work, the lateral connectivity of the sediments was related to the SL calculated by RUSLE, in a watershed of great importance for the state of Espírito Santo, called Santa Maria da Vitória River Watershed (BHSMV). Due to the basin's geomorphological characteristics, both soil loss and sediment connectivity have low values and variation. Results show that for this study area there is a direct correlation between soil loss and the connectivity index. Most of the areas with greater soil losses are also those with the greatest chance of the sediment generated in the slope reaching the drainage network, therefore having the greatest lateral connectivity. The inverse relationship was also observed for the study basin, sites with lower rates of soil loss are those with lower lateral connectivity rates. It is recommended to carry out this analysis in other basins to verify if the results are similar.