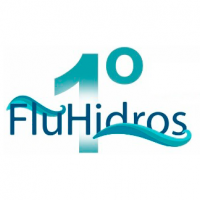 Biofouling are living beings, usually crustaceans which assembles in the hull of marine vessels. Studies proves that ship hull biofouling changes ship hydrodynamics, increasing its drag force. As the fouling intensity increases, is necessary to execute periodic cleanings, aiming to decrease the energetic losses. The built test bench has the objective of evaluate tools used in ship hull cleaning. Structurally the test bench is composed by a main motor (Y axis), responsible for tools rotation. This motor is held by a structure, which allows it to move laterally (Z axis). Perpendicularly to the main motor, there is the rack motor (X axis), that has as its function to move the reservoir, for then the test plate suffers the action of the tested tool. The reservoir is where the test plate is fixed, and it has the function of store water, to the test be done with the tool submerged, simulating the real operation. The test bench is triggered by a control panel. With this variation it was possible to test different work conditions for further analysis of optimal operation conditions. It was tested different tool types in pre-selected rotations. The preliminary results indicates that the test bench is efficient.