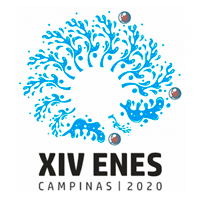 Observations have shown that gravity current, a horizontal buoyancy driven flow generated by density difference common observed in lakes and reservoirs, may be an important agent of sediment resuspension, playing an important role on water quality of these ecosystem. We ran one laboratory experiment in a rectangular tank to characterize the sediment resuspension induced by gravity currents. We observed that, considering a fine e cohesive sediment, the incorporation of entrained sediment in the current did not played a significant role on the momentum of the gravity current, and did not strongly influenced the change of regimes. Nevertheless, the sediment was strongly resuspended during the passage of the gravity current over the erodible bed, indicating a significant vertical and horizontal transport.